Nearly two decades into the millennium, the 5000-year-old practice of yoga continues in its om-filled ascent in popularity.

Whether an individual’s intention is to develop strength and flexibility or build clarity through breathing and relaxation techniques, practicing yoga has long been known to be a versatile and effective way to reach a variety of health goals.

But how many times can a person actually perform the tree and downward dog before these recognizable staples turn mundane? Like any other exercise routine, variation is key to keeping this mind-body-spirit practice from becoming a chore. Thankfully for the yogi community, a relatively new form of the sport might be able to quell those fitness slumps through a kind of airborne exercise high above the yoga mat.

In the past decade, aerial yoga has emerged on the scene as the trendy, gravity-defying alternative to standard yoga practices. Suspended by silk hammocks from the ceiling, participants can engage in a diverse mixture of movements, stretches, and inversions that combine aerial gymnastics with traditional yoga poses.

While trying aerial yoga is a perfect way to add some thrill and variety to any exercise or meditation regimen, it also provides countless health benefits and promotes overall well-being:

Spinal Savior: Airborne exercise is an effective method for alleviating stress and pressure on the vertebrae. Aerial yoga not only decompresses the spine to prevent future injury, but also eases existing back pain.

Ligament Love: Similar to its ability to relieve spinal aches and tightness, aerial yoga takes added weight and tension off the joints, which make the practice an optimal fit for those trying to recover from sports injuries but who still want to remain active.

Super Stretch: Without a hard, rigid floor beneath you, it becomes easier to allow your body to sink into deep, fulfilling stretches. While traditional practices on the mat can constrain your range of movements, the hammocks provide ample support for a full lengthening of your ligaments and extension of your muscles.

Aerial Abs: Prepare to seriously carve your core when you sign up for a session of aerial yoga. The practice requires considerable balance and focus in order to keep yourself stabilized on the silks, which will keep your abdominal muscles engaged and working hard. A strong core likewise leads to enhanced performance in nearly every sport, improved posture, and minimizes back pain.

Digestive Doc: Flying high above the floor through a mindful flow of twists, turns, and poses gets your body, blood, and, well, other things, moving. Aerial yoga promotes overall circulation in the body, while its suspension-involved motions create a better environment for improved digestion. The constant stretching and relaxing of the abdomen might be the key to calming any of your ongoing tummy discomforts.

Whether you want to capitalize on some of these health perks or are simply curious to try a fly-high sport, there’s no need to look any further than the city limits of Eau Claire. Aerial yoga classes are now offered at Sky Yoga and Moonrise Aerials—two studios that just opened their doors less than a year ago but are taking the local yoga scene by storm. In addition to aerial yoga, both locations offer a variety of fitness, acrobatic, and traditional-style yoga classes designed to meet any skill level and practice preference. 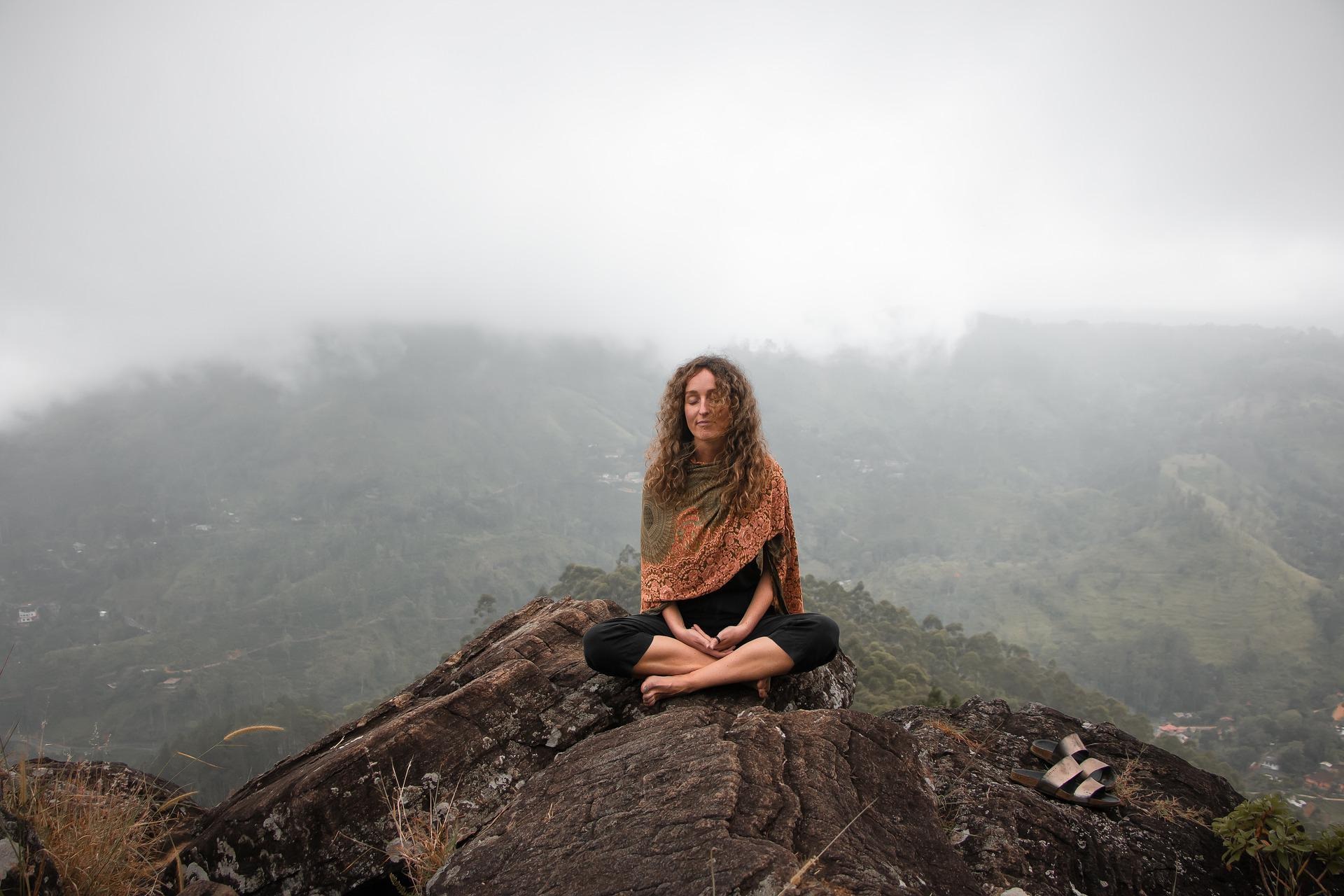